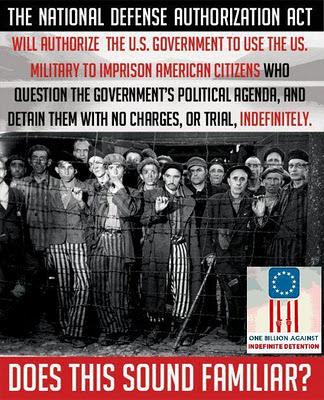 In light of recent desperate actions by our deeply corrupted Congress, it is important to remember that Benjamin Franklin repeatedly warned lawmakers that those who sacrifice our freedoms for an illusion of safety, deserve neither freedom nor safety themselves.

The founding fathers would have been aghast at the absolutely criminal behavior of our elected officials in recent years. It should be clear to all observers that a concerted effort to shred the US Constitution has been underway since 2001. The weapons of choice have been money, religion, politics, and a steady diet of fear and disinformation. As explored throughout previous press releases, former software engineer Mr. Buddy Page, the author of Finishing the Mysteries of Gods and Symbols, by Seven Star Hand has been tasked to complete an ages-old sting operation against religious leaders and the rich and powerful. As the direct result, both religious and political leaders have panicked and acted strangely and foolishly.

The latest actions proving their levels of fear are the attempts to pass the SOPA and NDAA legislation that will effectively shred the US constitution by permitting both corporations and the government to stifle dissension and free speech. Since the 9/11 attacks, US lawmakers have arrogantly imposed restrictions on civil liberties under the guise of security and fighting terrorism. Before that, other excuses like the war on drugs were used. The War on Terror has been the pretext for a long list of brazenly unconstitutional measures from torture (cruel and unusual punishment), military tribunals, secret jails and detentions, the Iraq and Afghanistan wars, treating US citizens as enemy combatants, so-called renditions (kidnapping, disappearances), widespread killing of innocents, and much else. Now they are seriously discussing using the same drones in domestic law enforcement that are now used to kill so-called combatants and innocents alike. Why are our leaders so anxious to bring their illegal foreign wars onto USA soil?

Anyone paying attention can now see that we have been repeatedly lied to about practically everything associated with the so-called War on Terror, the true purpose of the Patriot Act, our multiple wars, global empire, the Federal Reserve, and a longer list of related topics. On top of this, numerous writers and researchers have uncovered a long list of blatant lies about how and why the 9/11 attacks and our multiple wars occurred. There is now a widespread understanding that what transpired in recent years was a series of war crimes, felonies, and treasonous acts. Members of the Bush-Cheney administration and their NeoCon allies are now rightfully afraid of war crimes arrests and prosecutions. It must be remembered though, that members of Congress from both parties share a large portion of blame for permitting the insanity of the War on Terror to ensue, and then continue for ten long years. Likewise, President Obama's administration continued and even escalated much of what the Bush administration started, while initially pretending to do otherwise.

To be fair, the events surrounding 9/11 and the full court press put on by the Bush administration were clearly targeted at manipulating Congress and the rest of the country, and they worked like a charm. Now that the Iraq war is effectively over and we are told Afghanistan is winding down, one would expect some relaxation of the hysteria associated with the War on Terror. Instead, we are witnessing practically the entire congress rushing to sign a new law (NDAA) that will declare the USA a war zone and authorize the military to arrest Americans and detain them without trial or recourse to the courts. What are these leaders still so afraid of and why go to such extremes? Nothing like this was ever in place during the long cold war when the Russians and Chinese and their proxies were real enemies, unlike the smoke and mirrors of the global war on terror.

For some insights into why this is happening now, one need only contemplate that our Congress is fully bought and paid for, many times over. Rarely do they ever do anything that doesn't benefit their puppeteers. Something of this gravity and accompanying great risk to themselves has to come from those who pull their strings. It is beyond obvious that those strings are made of money, since we have all been forced to suffer through mountains of proof that the overwhelming majority of our lawmakers are amazingly greedy and thoroughly corrupted. Consequently, our government is horribly disfigured as the result and has been hijacked by those with the most money. Thereby, to ever hope to understand the true causes of the events of the last decade, as well as the present level of fear driving lawmakers to further gut the Constitution, one must follow the money to its source.

Not coincidentally, we are also in the midst of a growing global revolution against the excesses of the rich and powerful, corporations, and central banks. If the Congress of the USA was honest and not corrupted by money, they would embrace the demands and ideals of those seeking freedom from tyranny. But sadly, these recent actions prove our lawmakers feel they have so much to hide that they must go to bizarre lengths to oppose truth and justice. What is most important to understand though, is this also proves their puppeteers are deathly afraid of truth and justice. To understand who they are and why they are so afraid now, one must understand who has enough money to cause the entire congress to commit treasonous acts. Then consider their levels of desperation after they have been publicly exposed.

The earlier article titled Good Cop, Bad Cop, Once Again illustrates that this a game played by both the Obama administration and the US Congress against the citizens of the USA. Some are claiming that Mr. Obama actually asked for this legislation, yet Congress passed it without hesitation. There is plenty of blame to go around and now the wolves in sheep's clothing have shown their true colors.

The articles titled Money is Slavery by Proxy and Seven Star Hand Illuminates the Collapse of the American Dream can be read at Forging New Human Paradigms. Earlier releases are also listed at SevenStarHand.org. They explore the knowledge and evidence that has caused national, civic, and corporate leaders to foolishly jump into a well-laid trap. The only way out now is through truth and justice.

MY OTHER BLOGS & SITES

The head in sand pose may temporarily hide danger from the ostrich, but the hungry lion has no misconceptions about the truly dire nature of that bird's predicament.

I know my writing is often long-winded and sometimes rough around the edges. The ancient deceptions and long-term errors that bedevil humanity were millennia in the making. They won’t be defeated by clever sound bites, smooth talking, or endless debate. It requires substantial knowledge and verifiable wisdom to climb out of the deep morass of ignorance and false doctrine (pit) imposed upon humanity. Practice patience and strive to truly understand and I promise to enlighten you to the verifiable wisdom of the ages . - L.W. Page